More than 230,000 children* who have been forced to flee their homes in 2019 because of conflict are facing a desperate plight in Northern Syria, where several areas including displacement camps have been hit by flooding and cold weather, warns Save the Children.

In North West Syria, several camps have already flooded and about 500 tents have been destroyed, while other tents were abandoned by residents as they became uninhabitable.

A Save the Children - supported school in Idlib was forced to close due to flash flooding, in which water levels exceeded 30 centimetres. Children instead had to stay in their homes, which were also hit by floods. Only 20 students were able to resume their education once the school reopened, with the rest having to deal with the impacts of the flooding in their homes.

Sanad*, 9, lives with his family in one of the camps. He says they had nothing to protect them from the cold and the floods:

“When the rain started to fall, we went outside the tent we were staying in. There was a lot of mud, we could not walk. The floating with the rain water that submerged it. We also had no heating and no blankets. We had nothing.”

In North East Syria, more than 75,000 people – including around 31,680 children - are sheltering in overstretched camps and almost 100 shelters across Al Hasakeh and Ar Raqqa governorates. The vast majority of shelters are schools, some without power, which are ill-equipped to house children or meet people’s medical needs.

Areesha camp is severely overcrowded, exacerbating existing health and sanitation risks and making services such as psychological support harder for humanitarian actors to provide. The camp repeatedly floods in the winter compounding the misery of families – many of whom have fled conflict multiple times – who then have to flee rising waters.

Hamida*, 40, a mother of seven. told Save the Children how she had to move 15 times in Areesha camp last winter due to the rains:

“Last winter was yet the worst. I got displaced fifteen times within this camp during last winter, the whole camp was flooding, the tent would soak in water and the ground would turn into a swamp.

“I had to take the tent and move to a different place; I would stay for few days or a week until it rains again and flash floods would destroy my tent. My children didn’t have proper clothes, we didn’t have a heater and didn’t even have wood to make fire for warmth!

“We are frightened of what’s coming, we are really scared of the rain, many children lost their lives last winter because of the cold and floods.”

“Yet again, thousands of children are at risk of in Northern Syria because of inadequate living conditions in winter. We know from previous winters how children suffer if the temperature drops – babies and young children forced to leave their homes, whose families are struggling just to survive, are so vulnerable when the weather in worsens.

“Across Northern Syria, thousands of families displaced by the long conflict and its latest flare-ups are living in tents, half-finished buildings and collective shelters. They are regularly without power or clean water. Tents and shelters offer scant protection against the elements and are no place to try to recover from impact of fleeing violence. As well as facilitating humanitarian access, parties to the conflict must work towards a permanent cessation of hostilities to spare tens of thousands of children from further suffering.”

Save the Children is currently responding to needs of families arising from adverse weather conditions in Syria through distributions of hygiene items, food baskets and other items that cover basic needs, aiming to improve the living conditions among the newly displaced populations.

Photos and b-roll from North West Syria are available here

Photos and b-roll from North East Syria are available here 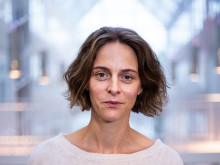 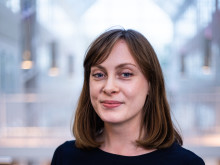 Northwest Syria: Thousands of displaced children forced to flee their homes again as violence escalates in Idlib and Aleppo

As a new wave of violence hits Idlib and Western Aleppo, Save the Children confirms that as many as 200,000 children and their families have been forced to abandon their homes in northern Syria over the last two months.